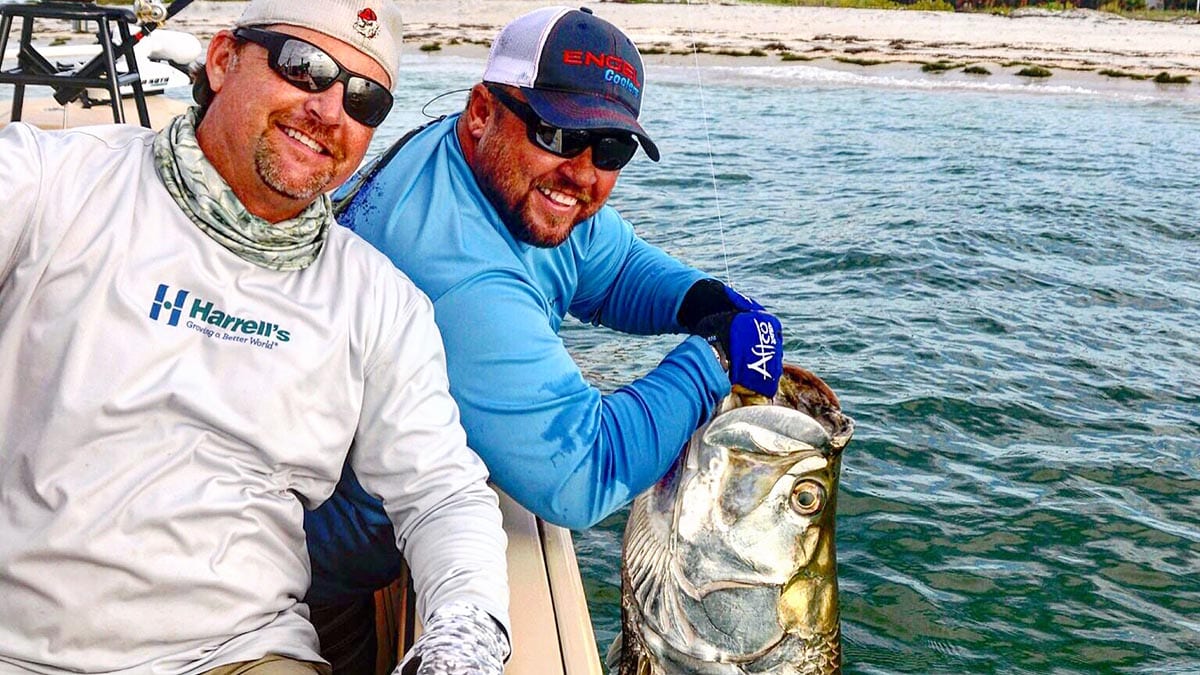 From sight casting to tailing redfish to wrestling 400lb goliath grouper, and everything in between. Capt. Jay offers wide variety of fishing styles and targets numerous species of game fish.

Whether you want to battle the might “Silver King”, or throw a fly at snook… Capt. Jay has you covered. Learn some more about our charter offerings below. 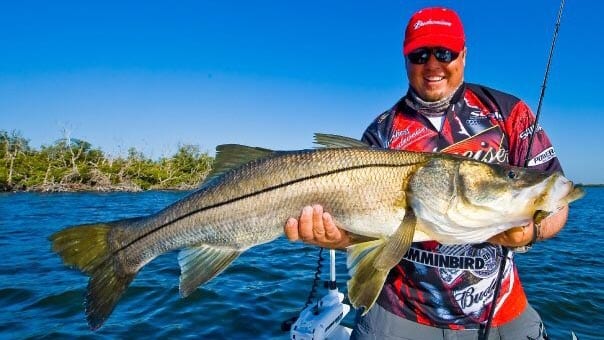 Whether you’re a novice or experienced angler, inshore fishing offers an exciting adventure. Spend the day with Capt. Jay chasing after redfish, snook, and trout on the flats in the shallow backcountry of Charlotte Harbor. 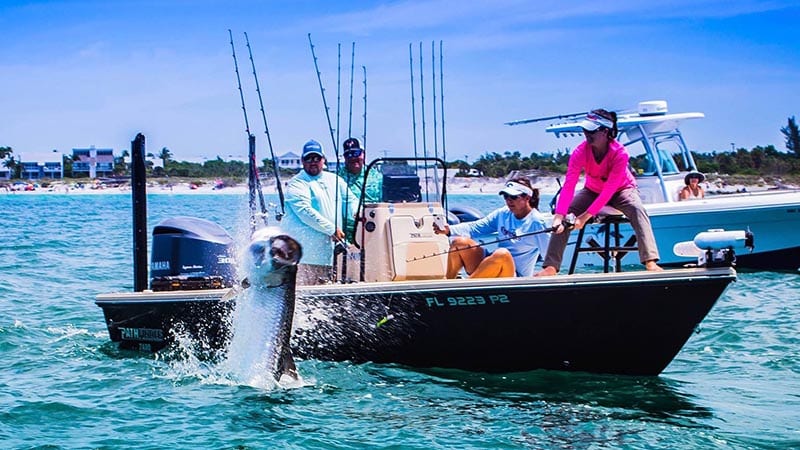 Boca Grande is World famous for tarpon fishing; and for good reason. Every Spring and Summer, thousands of them invade our beaches, passes, and bays. Capt. Jay is an accomplished and experience tarpon guide. 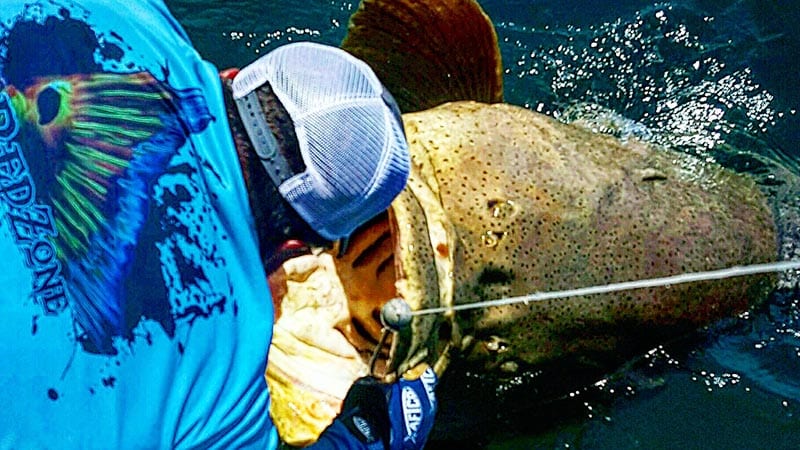 If you are looking for a fishing charter that will test your angling skills and brute strength, our “Extreme Fishing Charters” are what you’re looking for. Goliath grouper and sharks that can weigh over 400lbs roam our waters. 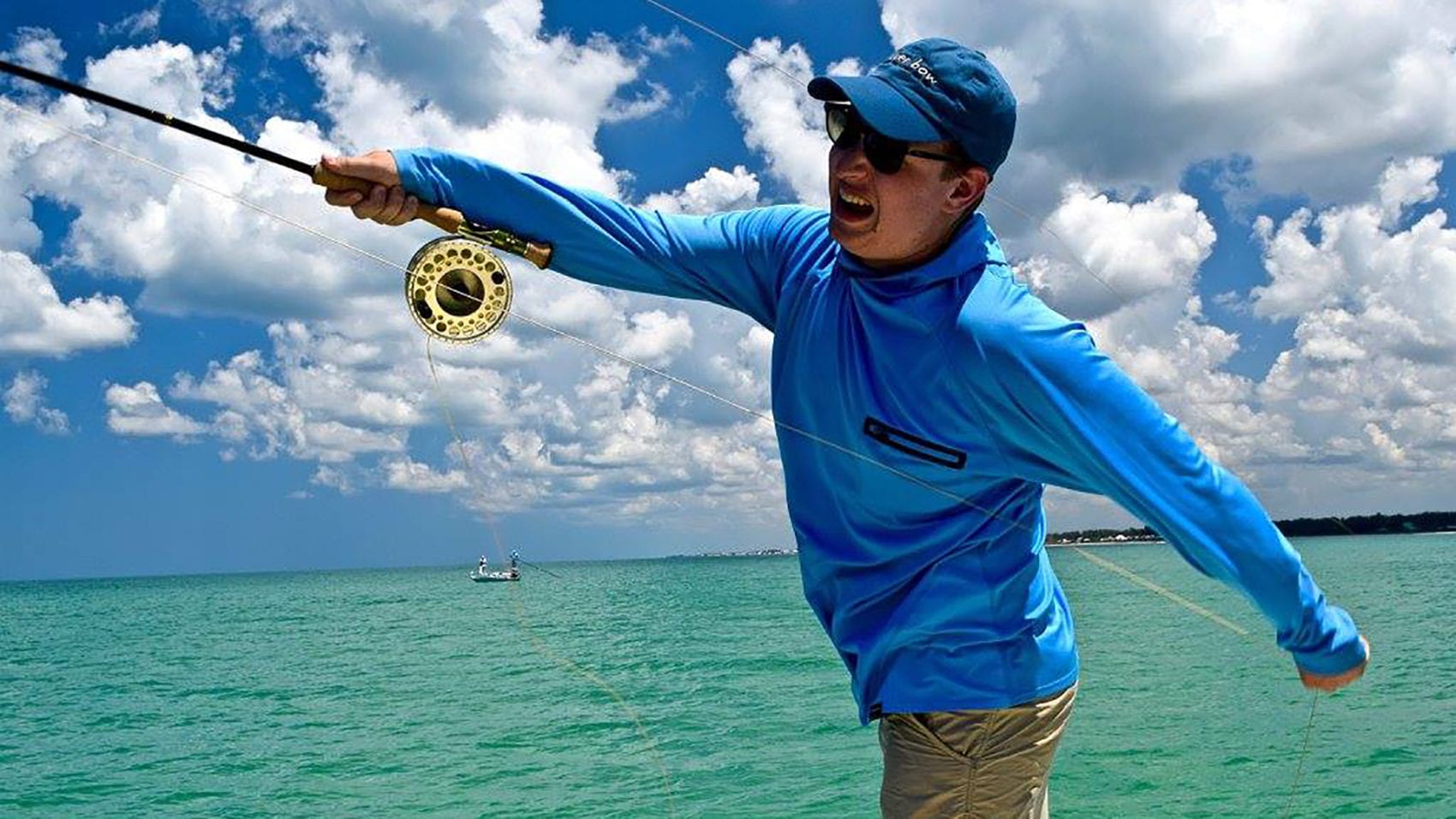 We offer guided fly fishing trips in Boca Grande and Charlotte Harbor. These are some of the best backcountry and flats fishing areas in the state, and a favorite for inshore fly fisherman. Sight fish the flats for Florida’s most popular inshore species.

Why Southwest Florida is the Premiere Charter Fishing Destination

Home to The Tarpon Fishing Capital of the World. Each spring, anglers come to the fisheries of Charlotte Harbor and Boca Grande Pass with the plan to catch a monster tarpon. This is a monster of a gamefish and southwest Florida is home to the most epic Tarpon fishing on the planet. It is also home to the largest tarpon tournaments in the state.

“The 2018 World’s Richest Tarpon Trust is proud to partner with Bonefish & Tarpon Trust and Captain’s for Clean Water to work together on ethics, etiquette, and education for the benefit of the Boca Grande fishery.” 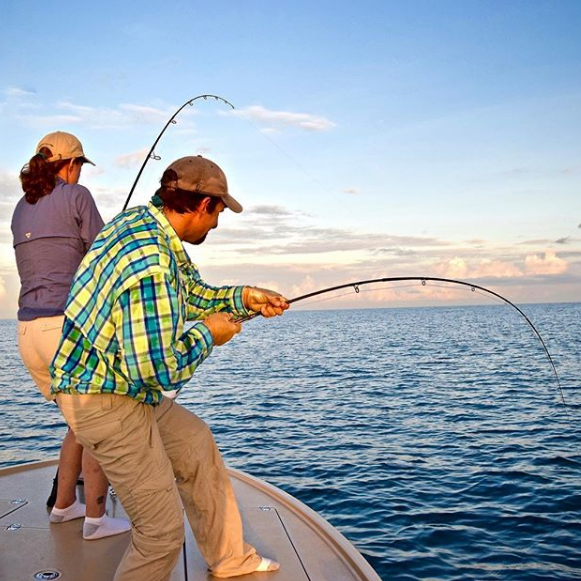 Southwest Florida is a land of varied vistas. The region possesses no mountains or deserts, but the bays, grass flats, mangrove islands, and fertile estuaries eclipse the dearth of mountains and deserts. These bays and grass flats provide a haven for the region’s multitude of aquatic game – Southwest Florida is, undeniably, an angler’s paradise!

Anglers reap Tarpon, Mangrove Snapper, Redfish, Speckled Seatrout, Snook and Sheepshead from these crystal clear waters, with ease. Moreover, Captain Jay, and the team at Silver Lining Charters will guide you in reeling-in some of the region’s most thrilling offerings: Snook and Tarpon!

Southwest Florida is home to the Tarpon. In fact, anglers refer to the region as “The Tarpon Fishing Capital of the World.” The World’s most competitive Tarpon harvesting competitions are hosted here: anglers battle to capture the heftiest Tarpon. Trophy-worthy Tarpon are reeled-in along Charlotte Harbor and Boca Grande Pass.

The water that surrounds these mangrove lined barrier islands is shallow and averages two feet in depth. These waters are placid and infrequently succumb to swells that often buffet Florida’s East coast, and so it’s said: reaping fish from Southwest Florida is much like fishing lakeside. Moreover, the angler encounters numerous species of fauna and flora among the mangrove, Dolphin play among the waves and the Bald Eagle nests among the trees.

Southwest Florida, in many ways, is a land of beauty and history. They mythical pirate Jose Gasper had his secret lair among the mangrove-lined islands. Moreover, the majesty of this land is awe-inspiring and intoxicating.