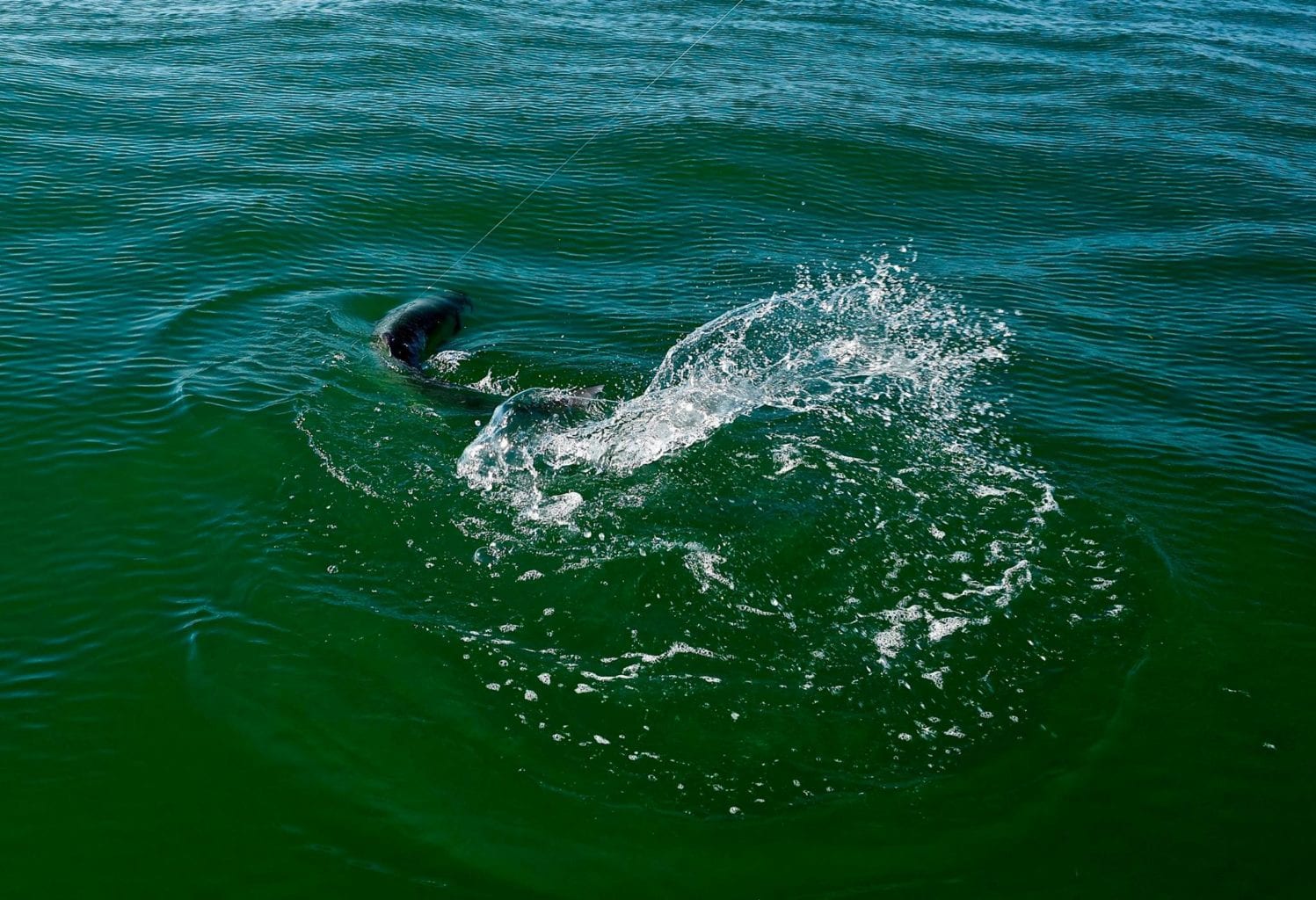 We are getting geared up for the Tarpon fest here in Boca Grande for 2018. Though it’s not quite “the time” yet, early season can be here as early as April. That’s just a couple months away. When the silver kings show up, we start running trips nearly around the clock. If you’re looking for Tarpon in Boca Grande for 2018, reserve early to guarantee a spot.

During this early season, the fishing can be finicky – it really comes down to weather and temps. If a cold front moves through for instance, everything can change fast. This is when a good local guide can be what makes your early tarpon trip a success.

Moving into May through July is when we usually see the core of the tarpon migration. This is when the huge schools start moving through and the tarpon fishing is on fire. It’s this period where Boca Grande lives up to its name as The Tarpon Fishing Capital of the World. There is no place else where tarpon show up in the numbers that they do here.

Hill Tides refer to massive afternoon tides that occur during the couple days prior and after a new or full moon. When this happens thousands of crabs get flushed out of the inshore and get swept into the awaiting massive schools of tarpon. During this the fishing gets extremely aggressive. For 2018 you will find Hill Tides occurring in the mid part of and again at the last few days of May, and about the same timing for June.

Much like early season, late in the season can bring a slower tarpon bite and will be weather dependant. But that is as we get into the latest months, like October. But between August and October there are still plenty of tarpon to be had. The best part about this time frame is that the waters empty out of boaters, but the tarpon themselves are still in a feeding frenzy kind of mood before they start their migration back away from the area after the first few cold fronts.