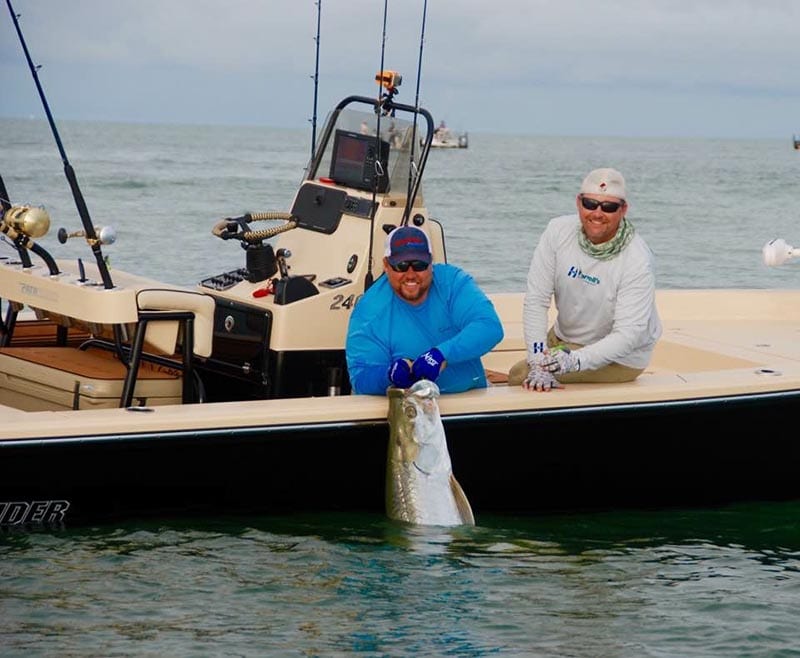 Boca Grande is synonymous with Tarpon. The region boasts some of the World’s densest Tarpon populations. Tarpon leap from the water along the barrier islands. Additionally, the city possesses a 125 year old lighthouse, the oldest in the region, a 750,000 acre estuary and unadulterated white and beaches.

The region’s Barrier Islands offer unsurpassed inshore Tarpon fishing, especially Gasparilla Island and State Park. According to Barriarislandparksociety.org, the island’s Charlotte Harbor has remained important to locals since it was first inhabited by the Calusa. The Calusa fished the harbor with nets and spears. The Calusa have inhabited the region for over 10,000 years. More recently, anglers both local and from places such as Cuba, Britain and Spain regularly fish for Tarpon from these serene waters. It’s uncanny how many Tarpon make the region home.

Cayo Costa is among the region’s best spots for reeling-in Tarpon. This island and state park offers 9 miles of beach and acres of fishable Mangrove. Tarpon spawn among the Mangrove’s knobby knees. However, the region’s most sought-after destination for Tarpon fishing is Don Pedro Island. The island may be reached by ferry, private boat or charter. Anglers have reported reeling-in large hard fighting fish from these sandy shores on a regular basis.

Boca Grande is home to one of the World’s densest Tarpon populations, the Silver King Fishery. Silver King’s school, just below the water’s surface, in pods that range from 10-50 fish. These robust fish may easily be seen by the observant angler. According to TBO.com, “[Tarpon] come rolling to the surface like schools of silver porpoises, sometimes almost close enough to touch.” Tarpon annually migrate to this pass, just before spawning. They feed on Baitfish and Crab. Anglers regularly report reeling-in 100-pound fish from this densely populated pass. Anglers, for years, have placed bets on how many Tarpon migrate to the Silver King Fishery. Nobody was sure until Marine Biologist placed a device along the pass to track the Tarpon’s movements. The most accurate count is around 10,000 fish! Boca Grande is renowned for its Tarpon population.

Boca Grande is a paradise for inshore Tarpon anglers. The barrier islands are surrounded by soft white sands. Moreover, fishing reports are filed daily about the 100-pound Tarpon that didn’t get away – no tall tale.