Why is Boca Grande the Tarpon Capital of the World? 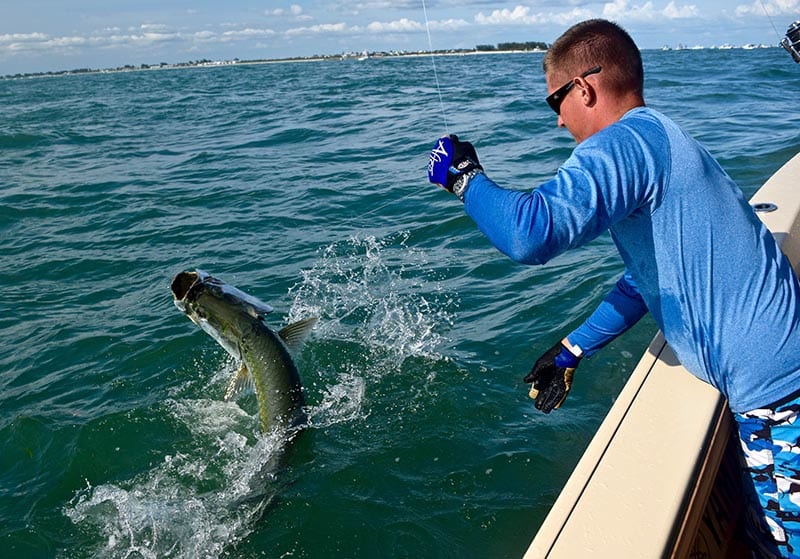 Boca Grande, Florida, namely Boca Grande Pass is considered the Tarpon Capital of the World. This body of water sits between Gasparilla and Cayo Costa Islands with a depth of 40-80ft. But why here, specifically?

Why is Boca Grande the Tarpon Capital of the World?

Usually, between April and October, Tarpon (aka. The Silver King) arrive in droves to the waters of Boca Grande and Charlotte Harbor. Tarpon themselves are highly sought after for their epic size, aggressive (and usually aerial) fights, and tend to leave the angler with a memory that will last a lifetime as one of their most notable catches. Even Sport Fishing Magazine ranked Boca Grande as the Number 1 Tarpon Fishing Destination of the 14 they listed and reviewed.

What Brings Them Here?

During that April through October time frame, Tarpon themselves are on a mass migration around Florida. This migration is part of their breeding cycle that usually takes place specifically between May to September. Boca Grande/Charlotte Harbor are one of only two areas in the state where this pre-spawning stop occurs. Tarpon actually spawn offshore and Boca Grande is one of the final stops before they take this offshore venture. If you think about any wildlife they tend to go to areas rich in habitat, protection, and food sources. Boca Grande fits this bill. It is an inshore estuary, with deep waters, as well as protected shallower backcountry areas.

For food, Tarpon in the area really dig the blue crab in the area. In this, Hill Tides are one of the best times to target Tarpon. A Hill Tide is a significant high tide that rapidly falls back and flushes tons of blue crab back out. When this happens, the 1000’s of Tarpon in the Boca Grande Pass wait with hungry appetites and open mouths. This is hands down the most intense time to fish for Tarpon. Double and triple hookups are not uncommon during these events. However, the Tarpon fishing is good here all season long- hence the “Tarpon Fishing Capital of the World” branding the area has been given.