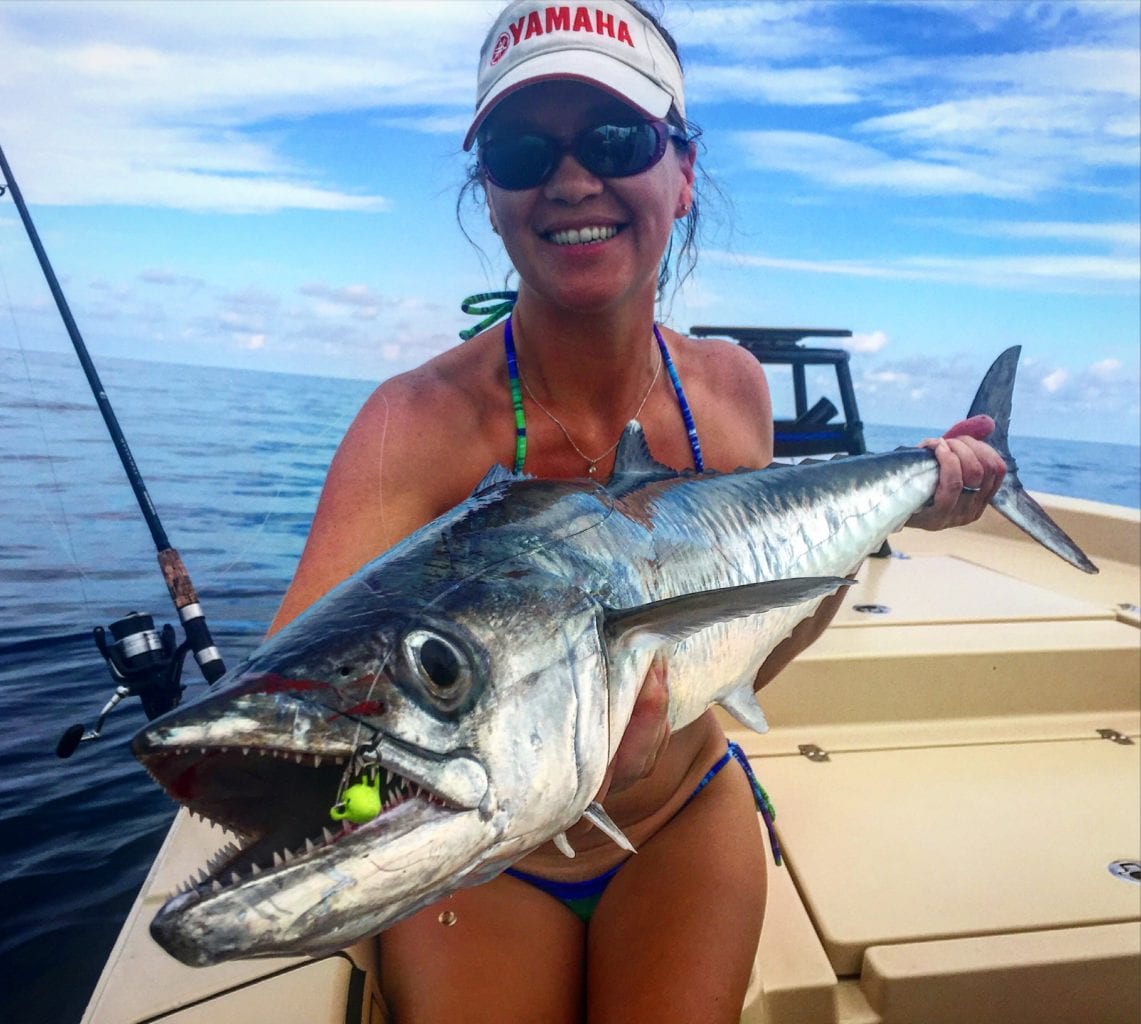 October is a great month for a variety of species.  If your an inshore angler that likes to target redfish and snook, well October is your month to get out.

The rain running into the watershed the last two months has helped cool the water temperature and has produced a decent early morning top water bite.  This bite will produce trout and even bluefish on large flats bordering the open harbor like the one from Cape Haze Point at the bottom of the West wall all the way west to Devilfish key at the southern end of Gasparilla Sound.

Typically, I’ll get more follows, blowups, and takes when I find the bait. Whether it’s glass minnows, whitebait (scaled sardines), or mullet, it makes a difference.  Moreover, add the benefit of using a top water plug or popper as a search bait, and it can make fishing at sunrise worth the effort.

For anglers looking to put some whitebait in the live well, two flats just inside Boca Grande Pass, the one between Devilfish Key and Cayo Pelau to the north and Jug Creek Shoal off Pine Island to the south, are good spots to look.

After the sun begins to heat up, I’ll switch from top water to working tidal creek areas on both the east and west walls of Charlotte Harbor. I like looking for redfish this time of year, and in particular, I like fishing them around the stingrays. I started to see some fish hanging on the rays last month and as they begin to school up a bit as fall approaches it’s not unusual to see four or five fish on any one ray. The rays kick up a lot of sediment and they’ll hang close looking for an easy meal. When they’re on the feed like that they’re a bit less cautious and when there’s a few fish together they’ll also be more competitive. A fly or soft plastic dropped in on top or around the ray will usually get picked up pretty quick. In addition, the rays are sometimes easier to spot than a fish and that’s particularly true when the water is on the tannic side as a result of all the rain. I’ve even seen a redfish come out from under a ray; so, you don’t have to see a fish to make a cast.

The beaches are going to be holding snook and more and more fish will begin making their way inside the passes to shorelines and dock structure inside Boca and Little Gasparilla Pass. In particular, shorelines adjacent to the intracoastal and structure like the Placida and Boca Grande trestles will fish well.   Fishing off the beach can be a lot of fun this time of year. It will get better next month, but look for schools of Spanish mackerel to be moving in and out of Boca Grande Pass. As always, find the bait and the fish won’t be far off.

Back in the harbor, tarpon will be in the deeper holes as well as around the bridges. Atlantic thread herring or “threadies” as they’re called locally are the bait of choice this time of year.  Also, many of the perimeter canals of both Punta Gorda and Port Charlotte hold good numbers of smaller fish. These fish can be tough to get to eat, but they have been known to eat a fly.  The larger fish of the open harbor do eat better. In both cases, early morning is the best time to look for a bite.  Lastly, protect yourself from the sun this month and take along plenty of water.

Until next month, good tides!

Live in the Zone